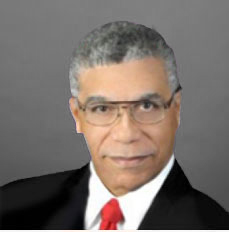 He also led a turnaround as CEO at the Regional Medical Center at Memphis, a 631-bed tertiary care safety-net affiliated with the University of Tennessee School Of Medicine. Within 18 months, he moved the hospital from $4M negative to a $6M positive bottom line. He successfully lobbied the state of Mississippi Legislature to pass a $40M Trauma Bill which appropriated between $3 – $10 million annually to The MED, based on patient volume. A tertiary care hospital, the MED is the only provider of Level I Trauma, burn, and neonatal services within the 150 mile region of Tennessee, Mississippi, Arkansas and Missouri.

Skip served as CEO of 1000-bed Erlanger Health System in Chattanooga, Tennessee for six years; a six-hospital multi-state, tertiary hospital affiliated with the University of Tennessee Health Science Center. As CEO, he engineered the formation of Galaxy Health Alliance, a 14 hospital, multi-state alliance, developed to share services and create an HMO/PPO panel of hospitals and physicians to partner with Blue Cross of Tennessee which resulted in the formation of Blue Care Plus. The alliance is still the largest of its type in the Tri State area.

Early in his career, he was named one of healthcare’s top one percent of health system CEOs by a vote of his healthcare contemporaries and “Modern Healthcare”.   Skip holds a Master’s degree in Healthcare Administration and Planning from the University of North Carolina, Chapel Hill, and a Bachelor of Science in Business Administration from Southern University, Baton Rouge, Louisiana. Over he years, Skip has served on and chaired numerous Boards and Committees.

FROM BANKRUPTCY TO STATE-OF-THE-ART COMMUNITY HOSPITAL

WHAT DO YOU DO WHEN PATIENT OCCUPANCY ISN’T THE ISSUE AT ALL?