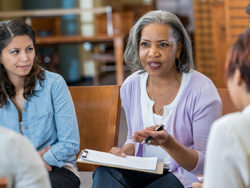 An Easter Message – The Power of Interdependence

Considering this is Easter season, I thought it appropriate to address the power of others in our lives. Generally, human beings are influenced by people perceived to be of greater power, be it a spiritual leader, parents, teachers and/or bosses. The influencers in the early stages of life form the foundation of our values and the lenses through which we view the world. As we get older into adulthood and move into the workforce, I have noted that the influencers in the workplace also have a direct impact on the level of success attained. Those who understand the importance of mentors, advocates and champions tend to enjoy a greater level of success and satisfaction compared to those who believe that success comes purely from their personal abilities.

The Power of the Other, written by Henry Cloud, focuses on the power that others hold over us for good or ill and how we can use the strength of our relationships to create positive and productive outcomes. Cloud says, “There is no such thing as a self-made man or woman. Every great leader has opened up to someone who could meet a need, whatever that might have been. The range of human needs is broad, but the way to meet those needs is very narrow; it involves humbly and honestly embracing the need and reaching out to the ‘power of the other’.”

We all need mentors and role models from whom we emulate the objectives and achievements that become our personal and professional goals. On the macro level, such persons are admired and better known through the chronicles of their accomplishments that set them apart to be perceived as being larger than life. Perhaps this paradigm occurs most often with early careerists, seeking desperately to make the right career choices. I have mentored many young people who looked up at me in amazement. Years later, it is always refreshing to see their evolution into mid- and senior-level executives, basking in the reversal of roles, and continuing the cycle of influence.

There is no such thing as a self-made man or woman. Every great leader has opened up to someone who could meet a need, whatever that might have been.

On the micro side, sadly, I still come across mid-level executives (Vice Presidents) who have relied solely on their credentials, skills and abilities, and consequently have reached the glass ceiling because they did not invest in relationships with influencers. Although they have built and developed deep personal relationships that are characterized by strong emotions of love, respect and mutuality, they have failed to do the same on the professional side. The power of a rich interdependence on others is what enhances our success both personally and professionally as human beings. This principle cannot be overstated!

Have a topic that interests you? Send us an email; we would love to hear from you. For additional blog posts, visit LeadershipBrief.com. For further information, questions and/or comments or to join our mailing list, email brief@desirgroup.com.