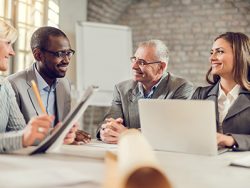 What is Unconscious Bias? Some Ideas to Address it at the Workplace.

Bias is an inclination or prejudice for or against one person or groups of people, and unconscious bias are feelings that play a strong part in influencing our judgement of certain people and groups, subverting balance in many different areas of life. It’s important to note that most bias stereotypes do not come from a place of bad intent, but rather a deep seated, unconscious stereotype that has been formed in our mind through years of different influences.

One of the most prominent areas of life where bias can play out is in the workplace. In fact, two of the strongest biases we face there are race and gender. We have all heard it said that “women are more difficult to work for than men” and “bringing a leader of color into a homogeneous team will negatively impact the team dynamics” – neither of which is factual.

Some are calling the actions of the manager and the Philadelphia policemen in the recent Starbucks incident acts of unconscious bias. These draconian actions speak to the dangers of unconscious bias in the workplace. Recruiting, candidate selection, promotions, and reward recognition are more common areas where such practices manifest themselves on a regular basis.

Here are some tips to address your personal unconscious bias:

Have a topic that interests you? Write to us at dsearch@desirgroup.com; we would love to hear from you. For further questions and comments or to join our mailing list, visit LeadershipBrief.com.